What Is The Recommended Procedure For Processing Round Bale Forage? 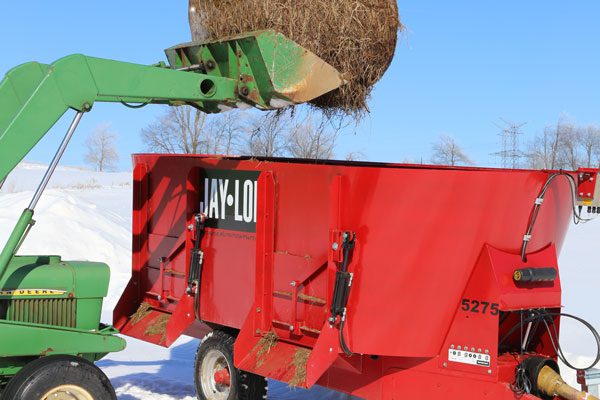 The variation in bale size, forage type and moisture content makes it hard to recommend a single procedure for processing and mixing round bales in all cases. The following are general guidelines for processing single and multiple round bales; ultimately some trial and error will be involved. On-farm trials are recommended to fine tune the process in each case.

Note: Be careful not to over-process. A point exists where further processing will no longer reduce the size of the longer, more resistant particles, while the medium and smaller particles continue to reduce in size. This can create a ration with a “bi-modal” particle size distribution that is susceptible to sorting during eating.