Jaylor of East Garafraxa Ontario has been named the winner in the Ontario Exporter 2014 Awards category for Food, Beverage & Agriculture. The awards were presented on November 25th, 2014 at a Gala Luncheon and Awards Ceremony held at the International Centre on Airport Road, in Toronto. The Ontario Export Awards, the province’s most prestigious awards pay tribute to the innovative approaches of Ontario’s exporting companies, and recognize the top companies in Ontario in 10 categories. The awards celebrate the contributions exporters have made to both the provincial and national economy. Competition was solid with 26 companies vying for awards. All of the finalists were small or medium sized businesses and represented a wide spectrum of both goods-producing and service sector industries. These awards acknowledge the contributions of Ontario’s export companies and the individuals who create those success stories. 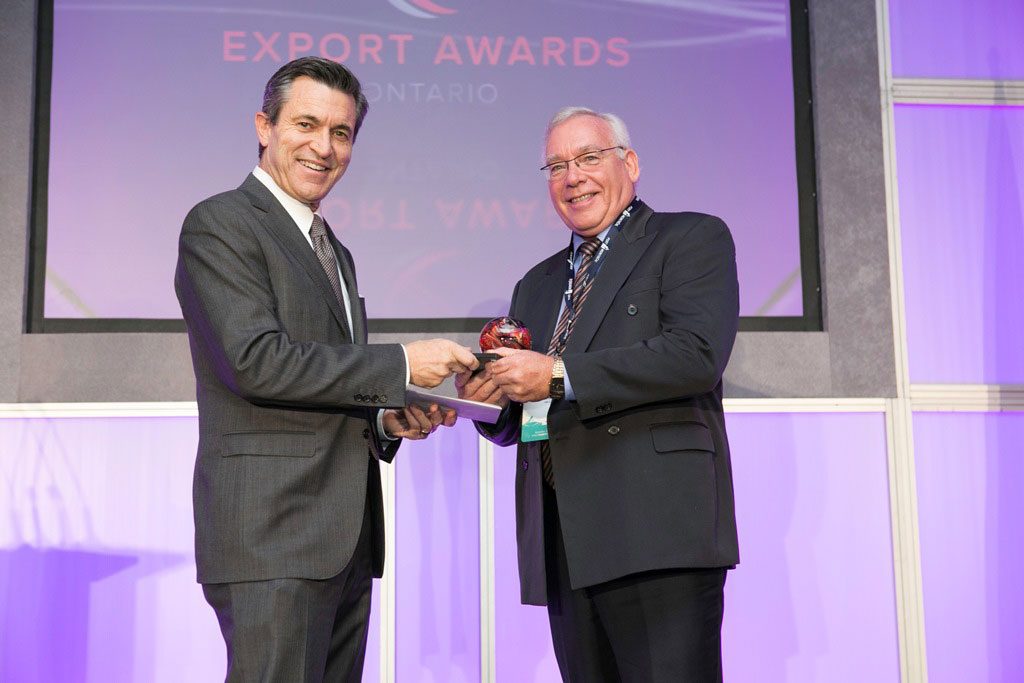 “Everyone at Jaylor is extremely pleased to be the recipient of this award for Food Beverage & Agriculture” says President Jake Tamminga. “We take pride in our products and in our continued growth. This is the first year for the Ontario Export Awards in Ontario. B.C. and Alberta have been hosting their own provincial ceremonies for over a decade.”

Jaylor extends congratulations to all of the nominees and winners at the inaugural Ontario Export Awards.

The 2014 Ontario Export Awards were organized with the support of Canadian Manufacturers & Exporters (CME), Canada’s largest trade and industry association, and was sponsored by HSBC Bank Canada, UPS, Lincoln Electric Co. of Canada, Buffalo Niagara Enterprise and the Port of Montreal. The Ontario Export Awards are produced by CanadianManufacturing.com, Plant Magazine and Business Information Group (a division of Glacier Media Inc.)

Jaylor Fabricating Inc., is located in Dufferin County, Ontario and Manufacturers TMR mixers for the beef and dairy industry. With 25 patents currently on the mixer and an additional 7 pending, the Jaylor Mixer has earned a reputation as a leader in the business, Jaylor was built upon word of mouth and success on farms. Its reputation for high quality spread rapidly, ensuring Jaylor mixers were soon distributed throughout North American and 42 countries world-wide. Today Jaylor is a successful international corporation, but has never forgotten where it started and still maintains its roots firmly planted on the farm, with its production facilities located in rural Ontario.